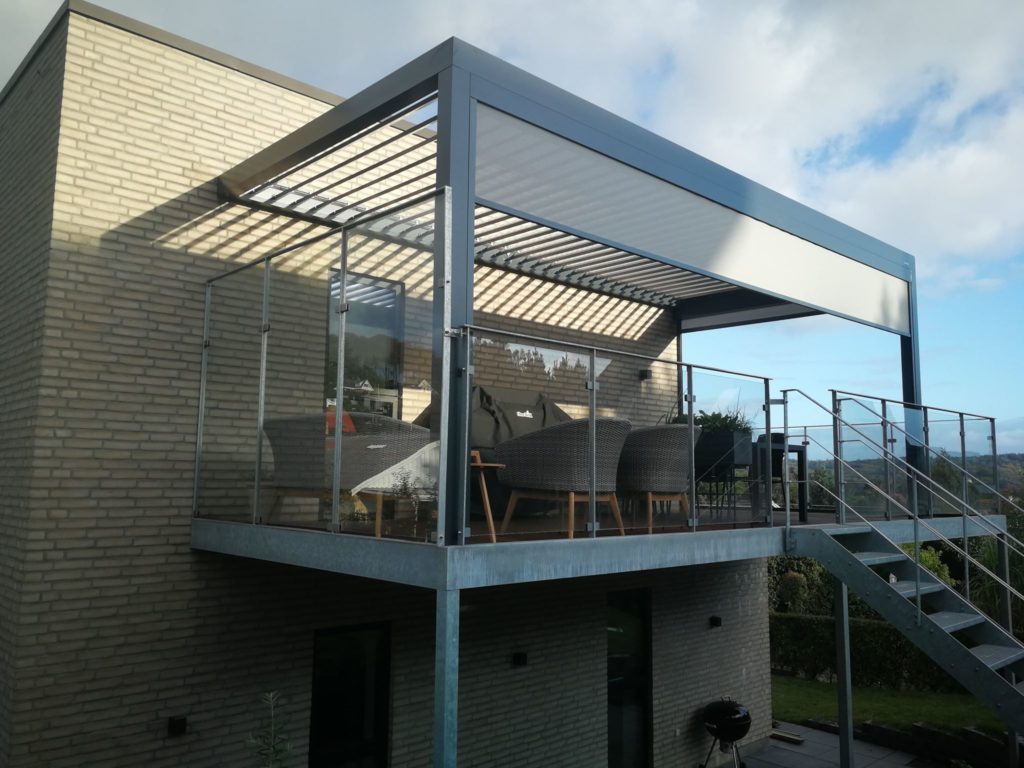 Kasper gave us a warm welcome as we measured to exact dimensions of his balcony.
After measuring the balcony the Pergola was put into production and 6 weeks later installations began.
Assembly took place in his yard where the roof and electronics were assembled after the assembly a crane hoisted the pergola over the customer’s house.
Thereafter the Pergola was held in place as the columns were put in place under the pergola and the construction was finished.
Kasper’s chosen add- ons for his Pergola were:

2 x wind stable curtains for the front and right side of the pergola.

The roof, lights, and LED lights are all activated by remote control. 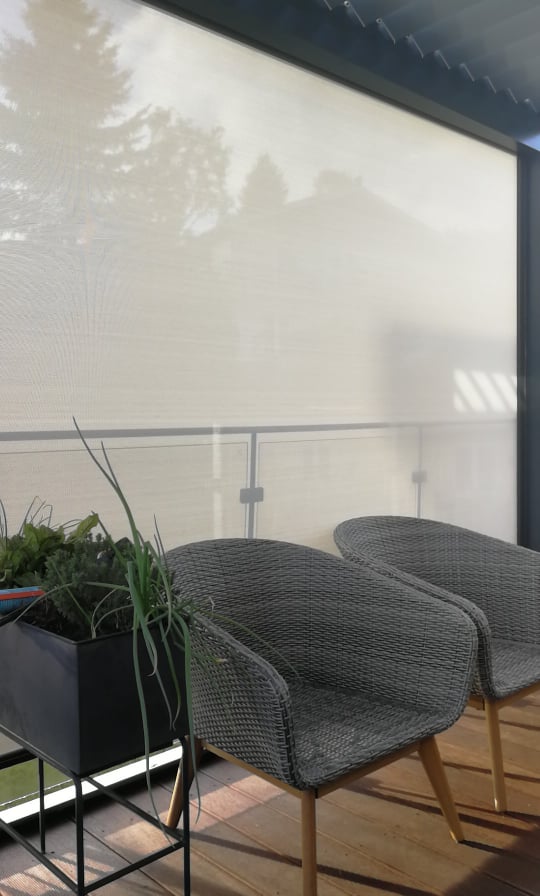